This seasons UEFA Champions League final kicks off on Saturday the 25th of May, here’s our match preview featuring some of the key facts and statistics:

Who: The 2013 final will be played between the two Bundesliga teams, Bayern Munich and Borussia Dortmund.

This will be the first time in Champions League history that two German clubs will contest the final.

The game will be Bayern Munich’s 10th final, having won the trophy four times before but not since 2001. Bayern finished as the losing finalists to Chelsea in last years competition after being beaten on penalties.

Borussia Dortmund however have only reached the European Cup final once before, back in 1997 where they defeated Juventus 3-1 to take the title. 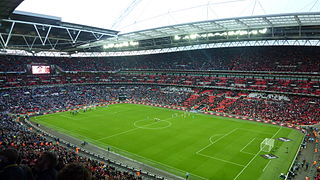 Where: As strange as it may sound considering the match is being played between two football clubs from Germany, the game will be held at Wembley Stadium in London, England.

As is tradition with the UEFA Champions League, the final’s venue is decided long in advance of knowing which teams will be playing in it. Wembley was announced as the location for this years game way back in June of 2011.