Question: Who won the F1 drivers world championship in 2013?

Answer: That Formula One season was won by the German driver Sebastian Vettel, giving him his fourth consecutive drivers title. Vettel has now finished top of the standings in 2010, 2011, 2012 and 2013. 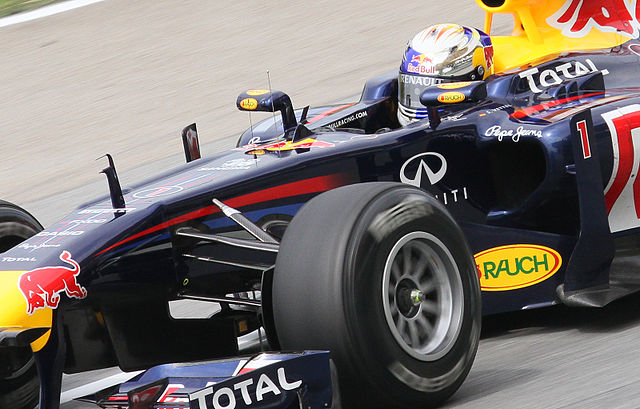 The 26 year old clinched the title by winning the Indian Grand Prix at the Buddh International Circuit, near New Delhi. The race result also gave Vettel’s team Red Bull the F1 constructors championship, likewise for the fourth year in a row.

Sebastian Vettel has won all four of his titles while driving for the Red Bull Racing F1 team.

The German became the youngest ever four times F1 champ and only the fourth person in total to win that many. He also became the first driver to win his first 4 titles in consecutive seasons.

The 2013 season was the last year for Vettel’s team-mate Mark Webber at Red Bull, before retiring from the sport and being replaced by fellow Australian, Daniel Ricciardo in 2014. Like Vettel a few years earlier, Ricciardo has worked his way up the Red Bull Racing young driver program, joining the senior team from Toro Rosso.