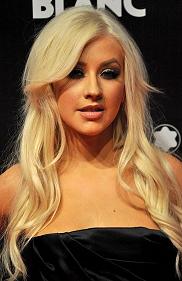 Question: Will Christina Aguilera be coming back to The Voice USA?

Answer: In terms of Season 4 of The Voice, Aguilera will definitely not be returning to the show in 2013.

However the American singer who recently lost a significant amount of weight stated she needed ‘personal time to rejuvenate and be re-inspired’.

The former coach said she ‘couldn’t say anything right now and could only do what feels right for her at that moment’.

So it appears Christina isn’t ruling out a return to The Voice for Season 5 but as yet nothing has been confirmed.

For season 4, Aguilera has been replaced by new judge, the popular Colombian singer Shakira.

UPDATE: On Tuesday, May 14, 2013 it was unofficially announced that Christina will indeed be returning to The Voice for Season 5, reclaiming her place from Shakira. She will allegedly be signing a contract worth up to $17 million.