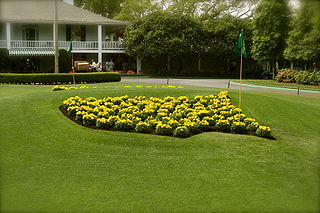 Answer: To decide a winner, this years Masters eventually went to a wet and dramatic playoff between Australia’s Adam Scott and the Argentinian Angel Cabrera.

With the rain pouring and the light fading, the green jacket and $1,440,000 first place prize money was eventually won by Aussie Adam Scott.

Scott becomes the first golfer from Australia to win the Masters tournament.

The original 72 holes of action ended with Scott and Cabrera tied, each ranking at 8 under par.

The 2013 tournament which took place from April 11-14 was the 77th Masters Golf major and as always was held at the Augusta National Golf Course in Augusta, Georgia, USA.