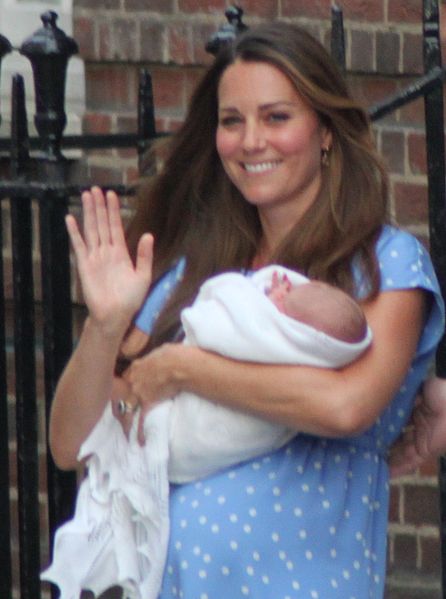 The Duchess and Prince George of Cambridge – Photo by Christopher Neve

Question: When will Kate and William’s royal baby Prince George of Cambridge be King of Great Britain?

Answer: Providing there is still a British monarchy by this time, George will become the countries king after his father Prince William.

Assuming the UK doesn’t become a republic before then, in all likelihood it could still be around 50 years or more before William and Kate’s son takes on the role of King.

Queen Elizabeth II is currently on the throne with Prince Charles first in line, Prince William second in line and Prince George third.

To put the time scale into perspective, Georges grandfather and first in line Prince Charles is already 64 himself.