Question: Where will the UEFA Champions League Final be played in 2014? 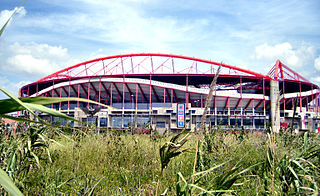 Answer: The 2014 European Cup final will be held at the Estádio da Luz stadium which is located in Lisbon, Portugal.

The venue which also goes by it’s full name of Estádio do Sport Lisboa e Benfica is home to the Portuguese club side S.L. Benfica.

The match will be the first major European Cup final hosted by the city since way back in 1976, Lisbon was announced as the city to hold the 2014 final in March of 2012.

For football games the stadium has a seating capacity of 65, 647.