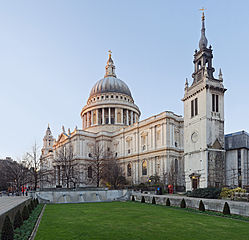 Question: Where is Margaret Thatchers funeral going to be held?

Answer: At the Queens consent, the funeral of former British Prime Minister Margaret Thatcher is to be held at St Paul’s Cathedral in London.

The funeral which is rumored to be costing British tax payers £10 million will be attended by the Queen and the Duke of Edinburgh, and will be taking place on Wednesday the 17th of April, 2013.

Number 10 Downing Street have confirmed that Lady Thatcher will not be receiving a full state funeral (traditionally reserved for monarchs) but instead what’s classed as a ceremonial funeral.

With military honors, a ceremonial funeral is the same as both Princess Diana and the Queen Mother received.

Prior to the funeral Lady Thatcher will not be lying in state which is believed to be how she herself had requested.

According to a Number 10 spokesman “The service will be followed by a private cremation”.