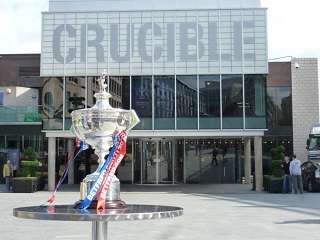 Question: Where is the World Championship Snooker tournament held in 2013?

Answer: The location for this years event, as usual is the Crucible Theatre in Sheffield, England.

The tournament has been played at the Crucible annually, each year since 1977.

As the name suggests, the theater which was built in the city centre area of Sheffield in 1971, also plays host to various theatrical productions during the rest of the year.