Viet Tien Ngujerv who calls himself Jason after Jason Derulo is a contestant on the 2012 series of the X Factor UK. Jason gained instant noterioty on the show in his first audition due to his inability or perhaps unwillingness to correctly pronounce judge Tulisa’s name.

The young Vietnamese singer kept calling Tulisa whom he is a big fan of Tulisha which to be honest actually sounds quite a nice name. At this point it’s probably fair to say that neither the judges or viewers held particularly high expectations for Jason’s upcoming rendition of the Whitney Houston classic I Have Nothing.

Fortunately though we were all pleasantly surprised as he turned out to have a good voice with a very pleasant and smooth tone. This lead to a standing ovation from “Tulisha” and a yes from all four judges seeing him through to boot camp.

Jason Viet Tien Ngujerv is 18 years old and is currently living in the UK while studying in university, he is originally from Hanoi in the North of Vietnam.

Whether it be to achieve fame and fortune or to simply win the love of Tulisa, Jason says he will be practicing every moment in order to stay on the X Factor. 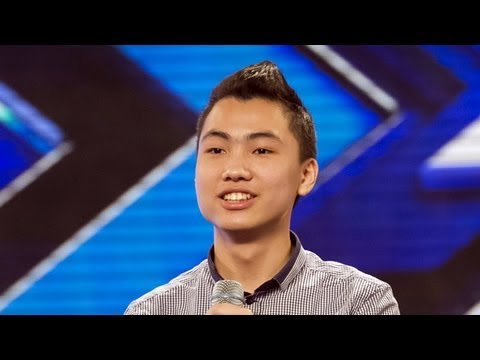