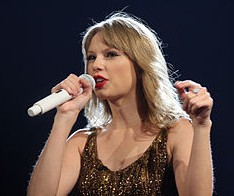 Question: Who sings the song 22 or Twenty Two?

Answer: The song released in 2013 that regularly features the lyrics ‘twenty two’ is sung by the American artist Taylor Swift and is unsurprisingly called ’22’.

The song which runs for 3:52 was co-written by the pop/country star along with Shellback and Max Martin who also produced the track.

In the upbeat song, Taylor Swift sings about the fun side of life for a 22 year old, the age the singer was when she wrote and recorded it.

Here is the official video: