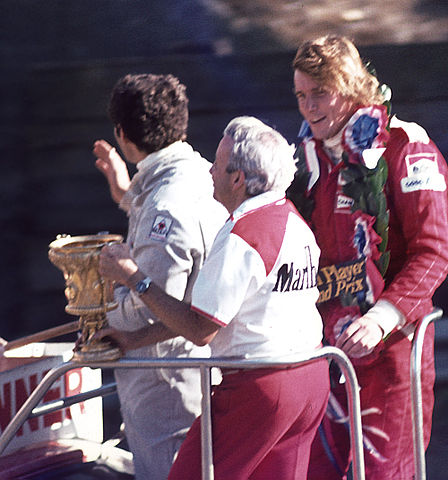 Question: Who won between Niki Lauda and James Hunt in the 1976 Formula One drivers world championship?

Answer: The winner of the 1976 F1 season which is featured in the 2013 movie ‘Rush’, was the British driver James Hunt.

In what was perhaps the most dramatic season in F1 history, the McLaren driver eventually won the title by just one point from Ferrari’s Niki Lauda.

Despite being involved in a near fatal accident during the West German Grand Prix at the Nürburgring, Lauda amazingly returned just 3 races later in Italy.

The championship was decided in the final race of the season on the 24th of October at Fuji, Japan. Heavy rain caused the race start to be delayed and many drivers including Hunt and Lauda to deem the conditions too dangerous. With the rain still coming down though the organizers chose to run the race anyway.

With his accident which also happened in wet weather still fresh in his mind, the Austrian understandably pulled out of the race at the end of lap 2 saying conditions were too dangerous. From there Hunt continued on and finished in third place, making him the F1 World Champion for 1976.