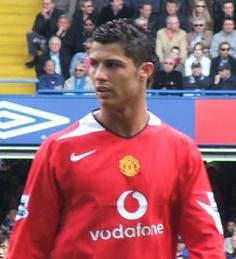 Question: What is the highest ever transfer fee paid for a football (soccer) player?

Answer: At this time (March, 2013), the most expensive footballer in transfer history is the Portuguese player Cristiano Ronaldo.

In 2009 the forward moved from the English Premier League team Manchester United to Spanish club Real Madrid for a record fee of £81.7 million or €96 million.

The second highest fee was for Swedish player Zlatan Ibrahimovic, paid by Barcelona. The Spanish side paid Inter Milan £59 million (€66 million) for him, also in 2009.

The third most expensive player is Kaka, the Brazilian moved from AC Milan to Real Madrid for £56 million (€65 million), again in 2009.