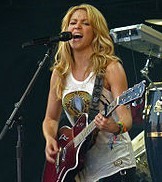 Question: What is the name of singer Shakira’s baby boy?

Milan was born in a hospital in the city of Barcelona, Spain where the couple now live.

Father Gerard Piqué is a professional football player who plays for club side F.C. Barcelona and Spain’s national team.