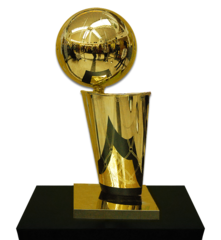 Question: What is the NBA Championship winners trophy called?

It was originally created in 1977 but until 1984 it was known as the Walter A. Brown Trophy, the name given to the previous NBA trophy (pictured below) awarded from 1949 to 1977. 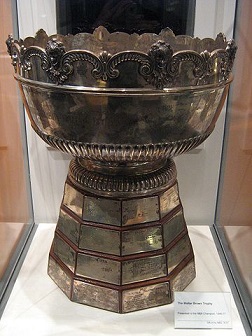 The Original Walter A Brown Trophy – Photo from Cmcnicoll

Walter A. Brown was the original Boston Celtics owner who played a key role in the merge of the National Basketball League and the BAA into the NBA during 1949.

In 1984 the trophies name was changed in honor of Larry O’Brien who had served the NBA as the leagues commissioner from 1975 to 1983.