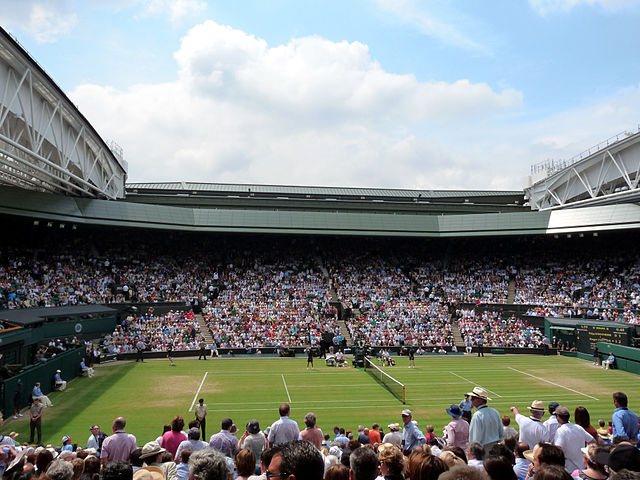 Answer: The 2013 men’s Wimbledon final between Britain’s Andy Murray and Serbia’s Novak Djokovic was won by Murray 3 sets to 0, 6-4, 7-5, 6-4. The first British player to win the title since Fred Perry 77 years earlier. No doubt the winner will soon be known as Sir Andy Murray.

Murray won the first set of this years final in just under an hour, taking it 6 games to 4. On what is probably the hottest day of the year so far in Britain, Andy is already showing signs of fatigue despite it still being early in the match. This suggests the longer the match goes, the more it could be in the favor of Djokovic. It also shows just how hard Murray is playing to try and win his first Wimbledon championship.

Djokovic wasted no time in halting Murray’s momentum, breaking the Scot’s serve early in set number two. However just as the Serb appeared to be taking control Murray returned the favor with a break of serve of his own, winning three straight games. Murray later broke Djokovic once again, giving him the chance  to serve for a 2 set to 0 lead. Murray eventually fought back to win the second set 7-5.

Not wanting to take his foot off the gas and let his opponent back into this Wimbledon final, Murray comes out to a storming start in the third set, breaking Djokovic’s serve in the very first game. In a close game though Djokovic later broke back to level the set at 2 games each. Then after appearing to lose a little focus, Murray lost another of his service games, going behind 4-2. Showing great mental toughness the Brit was then able to break right back, reducing the deficit to 4-3. Playing some unbelievable tennis Andy Murray keeps the momentum going, breaking to a 5-4 lead, to serve for the Wimbledon Championship. Murray wins the final set 6-4 and claims his first ever Wimbledon Championships title in the men’s singles tournament.

The historic match was played on Sunday the 7th of July, 2013 at the All England Lawn Tennis Club in London, England.